Our focus this month is on “Framing”. No, not the wooden or metal frames that we put on a photo to hang it on the wall. But framing a shot in our viewfinder. Example from Nancy:  if you are going to shoot your grand kids playing in the park, stand behind a swing, a slide or a tree and allow that object to surround the shot of the kids at play. Or perhaps, allow a colorful hobbyhorse into the foreground of the kids playing in the background. You’ll find that framing is a GREAT TECHNIQUE for adding depth & dimension to your shot and enabling your photo to tell a much greater story than simply some kids in a park. I love flowers, so I use flowers quite often in my photos. Especially when shooting ancient sites: I really like the contrast between the cold hard stone and the soft bright flowers. In these 2 photos, I like the way the flowers/plants accentuate the permanence of these 2 ancient monasteries in Armenia. 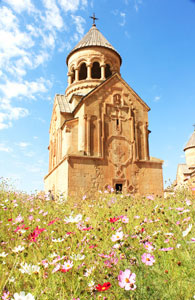 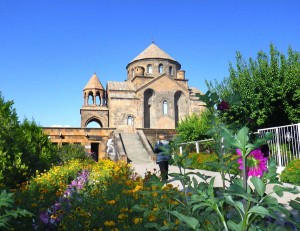